Published: January 20, 2016 | Last Modified: January 20, 2016 01:15AMComing Soon!
By MICHAEL SOUZA Press Writer
NOANK — For the second consecutive year, Work Vessels for Veterans has been honored with a
prestigious “Top-Rated” award by GreatNonprofits, a leading provider of user reviews of other nonprofit
organizations.
“That endorsement means a lot to us,” said Catherine Cook, the executive director of the Noank-based
nonprofit. “It means that over 95 percent of the donations we receive are used to help veterans and that
only a small amount is used for whatever administrative costs there are.”
The award also sends the signal that despite this age of computers, Work Vessels for Veterans is not a
scam.
“There are a lot of veteran organizations out there and although most of them are reputable, some aren’t,”
Cook said. “With the award, people will have no doubt about what we do. It helps with our reputation of
being credible.”
The Top-Rated Nonprofit award was based on the large number of five-star reviews that Work Vessels for
Veterans received from volunteers, donors and clients. People posted their personal experiences with the
Noank organization.
The organization is small, composed of a mere five volunteers, but they are more than capable. In fact,
they’re powerful.
The nonprofit equips returning veterans who are starting their own civilian business. Since 2008, they
have disbursed more than $1.4 million around the country.
The first donation of 2016 was presented to a combat-disabled veteran earlier this month in a ceremony
at Mohegan Sun, where retired Marine Cpl. Joshua Himan received a late model Chevrolet Impala for his
Driver Rehabilitation Center.
The new Virginia company is owned by Himan and his business partner, Army Reserve Maj. Tammy
Phipps, and specializes in offering driving-rehabilitation programs for the disabled.
Himan is a veteran of the Afghanistan war who was paralyzed by an improvised explosive device.
“It was quite an event. You have to be impressed by our recipients,” Cook said.
The nonprofit provides items such as cars, trucks, boats, tractors, farm implements, generators and trailers to companies started by veterans. Other items such as tool sets, carpentry tools and laptops are also donated.
In total, they have aided more than 1,300 veterans in 48 states. In November, the organization was awarded a $30,000 grant from Newman’s Own Foundation, the charitable organization created by the late actor and philanthropist, Paul Newman. It’s the third time they have received such funding, which now totals $130,000.
“Those funds went to support five veteran farmers,” Cook said. “We purchased a tractor for a produce farm in Connecticut restored by a Coast Guard veteran. Money went to support the purchase of an all-terrain vehicle for an injured veteran in Oregon who can no longer ride a horse to tend her sheep due to her injuries. An injured Marine in Vermont will receive a greenhouse and well-pump equipment to train fellow veterans using horticultural therapy.”
Cook said that after eight years, the nonprofit is becoming well-known in veteran circles.
“Applying for grants is part of our administrative duties. It can be challenging to keep up with, but it is getting to the point where our reputation is so good that people know who we are and they come to us,” he said.
The name recognition led to them being contacted by a company liquidating $11,000 worth of screen-printing equipment.
“We knew a veteran that was interested and we helped with the equipment donation,” Cook said.
Their reputation has also served in building relationships with other veteran nonprofits. They have coordinated efforts with the Farmer Veteran Coalition, a national organization, UConn’s Entrepreneurship Bootcamp for Veterans with Disabilities and the Mentoring Corps for Community Development in Old Lyme.
“When we work with those organizations, we feel confident the recipients have been properly trained in using the equipment and have a solid business plan,” Cook said. “They will be off to a good start.”
The group started when founder John Niekrash donated his lobster boat to a local wounded veteran who served three tours of duty in Iraq and Afghanistan. Kathleen and Dan Burns helped co-found the organization and from there things took off.
“We have donated more than $200,000 worth of equipment this year, from farming equipment to laptops,” Cook said.
Reviews on GreatNonprofits influence 30 million donation decisions a year.

To equip America's returning veterans with the tools they need to start a business or pursue career education.

Amazon will donate 0.5% of the price of your eligible AmazonSmile purchases to Work Vessels for Veterans, Inc. Thank you for shopping AmazonSmile. 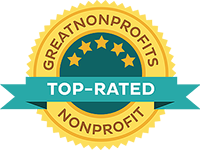